I’m pleased to announce that our blog is back (and with a new look!) We’re now about a month into the Fall 2014 semester. The leaves are changing, sweaters are emerging from closets, and hot coffee is being sipped (or chugged, in some instances.) And here at the department of Politics and International Relations, classes are in full swing! Here’s just a sampling of what we’ve been up to:

Dr. Rego is teaching the first of

a two-part sequence in Constitutional Law. This class, Governmental Power and Constraints, examines landmark constitutional cases regarding the allocation of power among the various institutions of government. General topics include the politics of constitutional interpretation, judicial power, legislative power, presidential power, separation of powers in action, nation-state relations, and economic liberties. Of special interest is the role of the Supreme Court in interpreting the Constitution. Throughout the semester, students are challenged to consider both the judicial and the political factors that influence the decision-making of justices, as well as the belief of many that the Supreme Court is, or should be, the ultimate/exclusive interpreter of the Constitution. Regardless of whether this is or should be the case, the Court is a major player in our political system. For this reason, students are expected to become proficient in reading and comprehending the judicial opinions through which the Court speaks to the nation in order to explain why it has done what it has done.

The millennial generation of students has been referred to as the “first globals;” that is, the first generation of young people to be networked to the culture, economics and politics of the global community. Just a couple of decades ago relatively few American students had travelled outside of the United States. Today, the majority of students have spent some time in another country, even before they got to college. It is not surprising, therefore, that student interest in studying international relations is growing. At Messiah College there are several options for students interested in global education. The Department of Politics and International Relations offers a popular major track in international relations that attracts students with interests that include diplomacy, public policy, intelligence work, non-governmental organizations, international law, and multi-national business. During the current fall semester Professor Dean Curry is teaching the IR track’s capstone course, Theories of International Relations. This upper division seminar, and sequel to the International Politics (POLI212) course, introduces students to the major theoretical approaches to IR as well as provides students with an opportunity to rigorously reflect on contemporary issues of global politics. According to Dr. Curry, one of his main objectives in teaching the 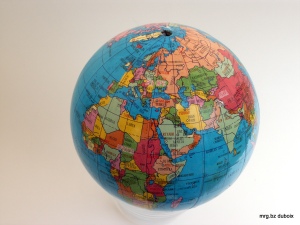 course is to connect the ivory tower of academic ideas to the gritty real world of the global political economy. The format of the course is structured on a graduate school seminar model with class discussion and group presentations focusing on timely articles as well as six recently published books addressing a range of IR issue areas.

In addition, be sure to check out our newly-uploaded department video, which features students and professors discussing the benefits of studying politics at Messiah College:

Be on the lookout for more blog entries later in the semester!

At this semester’s Career Conversations event hosted by the Career Center and Politics Department, Politics alumni discussed their careers in business. Alumnus Nathan Shive offered some great advice for current students on how to succeed in any career through the application of five “fundamentals.” Watch the video below from the event or read the post below for how you can apply these key concepts to your career path.

In the fall of 2008 I was asked, out of sheer desperation, to coach my daughter’s youth basketball team. Anybody who has been involved with youth sports knows that among the many challenges is the vast disparity of talent found on any given roster. Some kids are the “jocks” and take a more visible role, others show potential, others try as hard as they can, others want to learn, and others simply don’t care.

Assigned a roster of 5th and 6th-grade girls that reflected this diversity, I adopted the strategy of simplifying the game to the lowest common denominator. First, I taught them the five positions, each numbered 1 through 5 – point guard, shooting guard, small forward, power forward, center. They were taught (with varying degrees of success) the role of each position, with the hope being that if I sent one of them into the game with instructions to “be the ‘three’,” they would know what that meant.

As for the play itself, and recognizing that young and inexperienced players may be overwhelmed and perhaps intimidated by the apparent complexity of the game, I emphasized that there were also five “fundamentals” that anyone could master, regardless of their age, height or ability.

• Hustle – they were expected to hard on every play, regardless of the score, the match-ups, or their perceived probability of success. “Nobody,” I shouted repeatedly, “will beat our team down the floor!”

• Motion – they were asked to keep moving on every play, particularly on offense. Don’t stand around waiting for someone to pass you the ball – move and get open, not only to help your teammates, but to make the player guarding you work that much harder.

• Defense – Admittedly, perhaps more of a learned skill, but we played mostly man-to-man defense, and in that system your job is to stay with your opponent. Anybody can make that effort.

As young adults preparing to embark on what will hopefully be a long-term career, you can apply these same fundamentals to whatever path you choose, particularly if you want to rise above mediocrity and make a difference in your life and the lives of others. As has been said before, successful people do what unsuccessful people won’t do.

♦ Hustle – Work harder than everybody else. Hopefully, you can find a career that rewards you for this and doesn’t place artificial time constraints on your success.

♦ Motion – Keep moving, don’t stand still. If you remain in the same place, others will pass you. Look to take on new challenges and opportunities.

♦ Learn – From everything around you. Every event in your life, work-related or not, provides learning opportunities. You want to repeat successes, and avoid future failures, to take the time to learn from both.

♦ Teamwork – Use all the resources available. Develop alliances with your colleagues and professionals in other fields. Build a network of contacts; don’t try to know (or do) everything yourself.

♦ Defense – Protect what you have built. Years of work can be wiped out in a moment’s misjudgment. Your first responsibility should be to strengthen and reinforce your foundation before you build onto it.

A career built on these five fundamentals is well on its way to long-term success. The final piece, however, may be the most important – find something bigger than yourself. Whether a church, a charity, a service organization or a community endeavor, become a part of something that is certain to last longer than you. The more you give of yourself, the more you will receive, and having this element as a central portion of your life will provide the proper balance to your career endeavors.

Studying Abroad. The experience is different for everyone. Engaging one’s studies in a new environment brings lots of insights and challenges. Messiah College’s Nationally ranked Study Abroad program provides many opportunities for our students to explore areas of political studies that interest them. Whether through international programs like the one in China at Xiamen University or in state-side programs like the American Studies Program, students will find many classes for the politics major in areas of economic development, international affairs, or public policy.

Many of these semester-long programs offer the possibility of an internship. Students can take classes while interning in their host country, splitting their time between academics and its real-world application. Both studying and working abroad are growing experiences and what better way to learn more in this post than through our student perspectives video.

In a continuation of our “Get to Know Us” video series, here is the full length video of “Internships & Study Abroad.” Two politics students, senior Josephine Bellon and junior Joshua Beers, took a break from their work this October to tell us their stories of study abroad and internship work from the Spring semester. Hear them share about what they learned, how their politics classes have helped them, and what advice they give to other students considering studying abroad or applying for an internship.

Thank you Josephine and Josh!

Last semester the Department produced a video interview with a few of our students. It was our first foray into multimedia! So enjoy our Spring 2011 student video from our “Get to Know Us” series.

Welcome to our department blog. To learn more about us and our major, consult the links at the top of the page. Happy browsing!